Thanks to Fruity Ronster!

Thanks to Fruity Ronster!

I have just visited a very important and very well maintained fruit garden in East Lothian and thought a wee report was needed! It opens under the Scottish Gardens Scheme twice a year.

There is evidence that, by the 12th century, Tyninghame was a Monastery served by Lindisfarne, but also that St Baldred was there in the 8th century. As in many areas of Scotland, fruit and medicinal plants would have been grown by the monks, and the tradition continues here today. The Bishop’s of St Andrews used the site also. 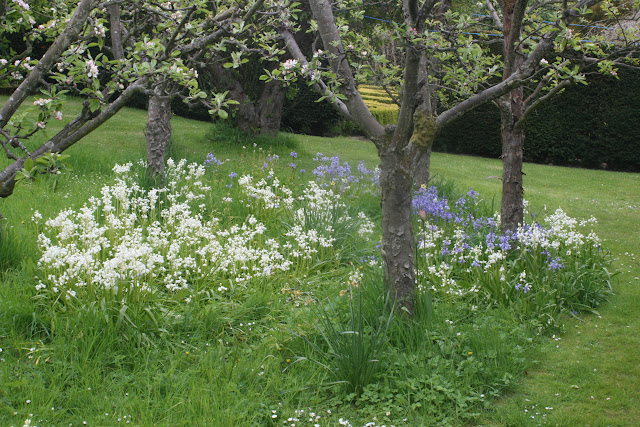 In 1628, the !st Earl of Haddington acquired the property, which remained in the family until 1987. He and his wife planted many trees and tamed what was an open wild landscape.

The lovely red sandstone of the house was added by William Burn in 1828.

The walled garden dates from 1750, and had heated walls originally. It is some distance from the big house and there are restored glasshouses with figs, peaches and vines. 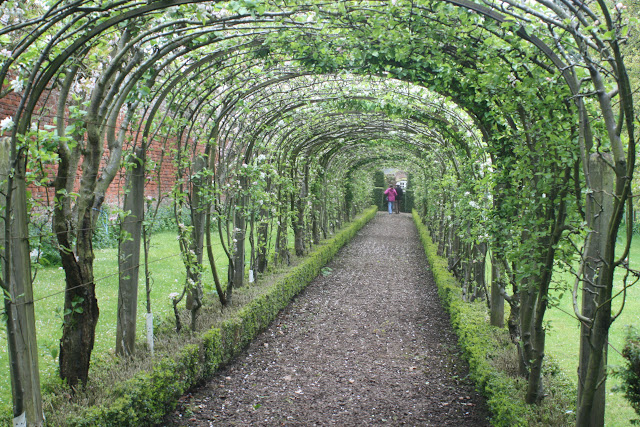 The 12th Earl and Lady Sarah formed much of what we can see today – post war they started to remodel the walled garden from one employing 8 gardeners by changing it to an ornamental one. He died in 1986.

The last 50 years saw low maintenance as the order of the day, with an arboretum planted, and annuals replaced by roses in the secret garden, and many borders grassed over, but luckily some old apples remain in the walled garden. These old ones are ow standards and several are propped to keep them up; a fine younger orchard in the north west corner has some exciting old Victorian varieties. Here can be found dessert fruit of King of the Pippins, a golden pippin / cox cross, Cellini,
Laxton’s epicure and exquisite, a Cellini / Cox hybrid. Epicure is a wealthy / cox cross – I think someone liked their Cox apples! These are set in long grass with patches of bluebells. Devonshire Quarrenden, an early flat crisp apple, can be found within a boundary of old espaliered trees, nicely set within the gravel.

At the north end of the walled garden is apparently what used to be an apple store. 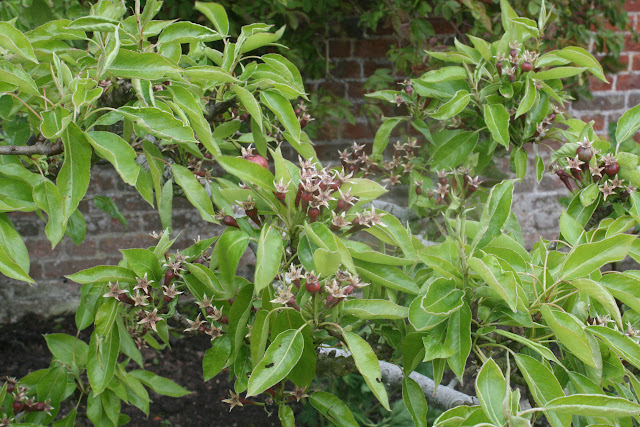 A very productive Louise Bon De Jersey pear lines the west facing wall, with golf ball sized fruits in May, and some Victoria plums form the centre of an ornamental display. Two small medlars on quince rootstocks stand near the gate to the Apple Walk. This is outside the south wall and is of cordons over a substantial post and wire arch. Many varieties here, but indiscernible except for labelled Discovery and Allington Pippin. Many appear to have been grafted in situ, with lots of
woolly aphid and canker. This may be a result of the considerable shading of nearby trees.

The apple walk in the secret garden, originally under-planted with pheasant eye narcissisi, blue grape hyacinths and geraniums, has almost gone, only a few standards remaining. A fine big Malus floribunda overhangs this area. These old trees may have been the apples trees that supplied the scions for the collection of Scottish varieties sent to the National Fruit Collection in 1949 by a Mr Brotherston, the head gardener. 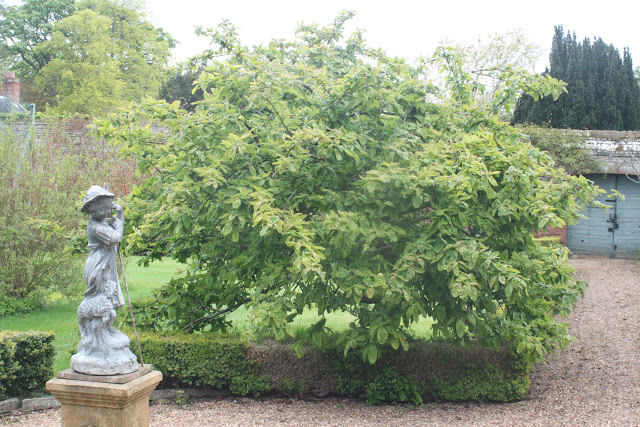 The following varieties were saved for posterity by Mr Brotherston in 1949: 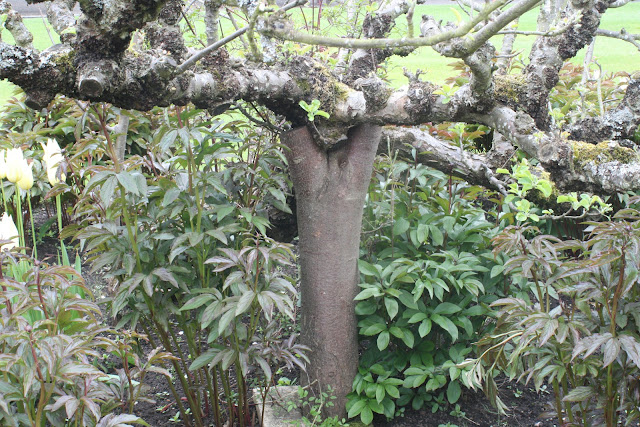 Many thanks to Chas and Albert, current and retired head gardeners who have done a fantastic job of maintaining this lovely garden.